In gratitude of your presence,
Amy Lovelynn 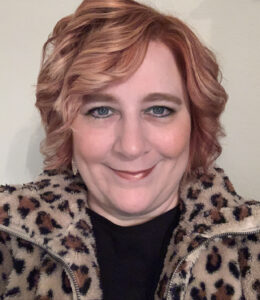 Amy Lovelynn is a conduit of divine wisdom for the modern ages.

How did this gift reveal itself?

Amy was born in Cedar Rapids, Iowa with a passion for learning and exploring the unknown. She is an intuitive and compassionate Pisces who feels most grounded in nature and heart to heart communications with others.

Amy’s early introduction to God was through religion of the Catholic faith. As she began to question her own beliefs the guiding life principle that remains is the Golden Rule (Matt 7:12) “Do unto others as you would have them do unto you”.

Amy moved to Texas in 1996 for a lengthy corporate career as a socially conscious leader and change agent in the global manufacturing industry.

On a very personal level, in 2006 she painfully experienced the loss of her spouse by suicide. The unexpected grief path led her into the exploration of the metaphysical realm and an immersion into numerous classes, books, and speakers. During this search for the meaning of life and a steadfast commitment to reclaimed joy, she began having her own powerful spiritual experiences she could not fully explain.

She later became unemployed when her corporate role of 22 years was eliminated and was faced with recreating her life for a second time. She chose to follow the heart by honoring her God given gift of intuitive writing and channeled communications which opened up new opportunities reinventing herself via the entrepreneurial path.

One of her greatest joys is meaningful connection with persons around the world. Her professional and personal travels have brought her to countries in Asia, Europe, Middle East, Central and South America, as well as cities in Canada and much of the United States. She especially enjoyed Israel, Ireland, Patmos Island, Easter Island and Charleston S.C., while Portugal and Egypt remain on her bucket list.

In addition to sacred sites travel, her passions include dogs, astrology, and inspirational writing. Amy’s unique gift is the ability to connect with the universal wisdom of source and transform the loving energy into insightful and encouraging personalized Soul Letters acknowledging the divinity and power within.

She is actively working on publishing her first book, “Timeless Wisdom of the Beloved Soul” and creating a library of divine messages for those who feel called to regularly experience her transformative work.

Amy is currently single and resides in the Dallas-Fort Worth area of Texas, USA. She is committed to leaving a legacy of love.